Everything You Should Know About Fishing in Costa Rica

You’ve probably read this umpteen times before and you’ll probably read it umpteen times again: you can’t beat deep sea fishing in Costa Rica. For a country only about the size of West Virginia, Costa Rica has a reputation for fishing that outweighs Florida’s and several other fashionable fishing destinations of the world. Regardless of whether it’s inshore or offshore fishing, Costa Rica trumps every other deep sea fishing experience. The challenge is huge and so is the potential and the reward.

Nature has endowed Costa Rica with vast swathes of rich coastal ecosystems, making it one of the best deep sea fishing destinations of the world. Sandwiched between the Caribbean Sea and Pacific Ocean, Costa Rica commands 800 miles of coastline. The sportfishing opportunities here are nothing less than phenomenal.

Fishing boats in Costa Rica set out at dawn on their ambitious quests.

As a top fishing destination, the country attracts thousands of eager anglers and trophy hunters every year from the US and Canada. While the most sought-after game is billfish (the collective name for marlin and sailfish), anglers can put their skills to test in big game involving dorado, tuna, snapper, rooster fish, and wahoo.

In the unrelenting world of game deep sea fishing, Costa Rica manages to emerge victorious many a time, going by the fishing records, which include dozens of prestigious IGFA titles. Many a reputation has been built here. Many a record created or trounced. To illustrate from a recent example, 54 marlins were caught and released during the Offshore World Championship Billfish Tournament held this year. If you know your marlin well, it’s one tough cookie. Forget 54; getting just one could be your crowning moment. 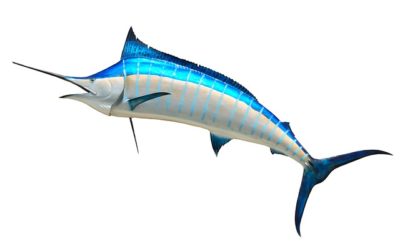 Blue marlin, the holy grail for anglers, thrives in the warm waters of the Pacific.

Danny Lombardo, a fishing charter captain who has been leading successful trips for years in Costa Rica believes there is no better place for anglers than Costa Rica, “It’s one of the places in the world where you can average 10 or more billfish bites per day consistently with the possibility of seeing or catching 4 different species in the same day.” he says. Now, there must be few other places on earth that can beat that record!

The Best Time to Fish in Costa Rica

All seasons are not made equal and neither is the fishing experience. But the good news is that in Costa Rica, any time is a good time for fishing. Says Parker Bankston, a fishing veteran, “The ocean is calm 95% of the time. There’s great fishing to be done, no matter what the season is.”

How can this be? Aren’t summers universally the best time to fish? To understand this, we need to make ourselves familiar with how the seasons play out in Costa Rica. (Most of what is explained here applies to the Pacific Coast. The Caribbean side has slightly different weather conditions.)

The concepts of summer and winter don’t really apply to Costa Rica. The country enjoys a tropical climate and experiences two kinds of seasons – dry and wet. The average annual temperature is 70 to 81 degrees Fahrenheit. There is no drastic variation in temperature during the dry or wet seasons; rather the seasons are distinguished by the amount of rainfall received.

Dry Season or Verano (December-April) The dry season is marked by clear skies and calm waters. Together, they set the stage for some serious billfishing in the Pacific. Starting December, the billfish make their way into Central Pacific. Their numbers start swelling from January through April. Many a tournament is launched, creating near frenzy among anglers to exhibit their competitive prowess.

A word of caution though: fishing anywhere on the world rides on luck and attitude, and so does it in Costa Rica. However, you can average at least 10 bites (if not more) on a lucky day. Your chances of reeling in a blue marlin, black marlin, and yellowfin tuna are best from January to March. The same period is very good for sailfish, snapper, roosterfish, and dorado.

As this period of sunny to hot weather coincides with winter in the US, Canada, and Europe, it attracts people in droves from these countries. The dry season thus records the highest footfall each year and consequently, prices also go up. The season that picks up in November around Thanksgiving, peaks during Christmas and is kept well alive through spring break in April.

Wet Season or Invierno (May-November) It is when Costa Rica receives most of its rain, which averages 100 inches. Also called the green season, Invierno comes as a relief from the summer spell. Fortunately, the rains are mostly confined to afternoons and evenings, which leaves a window of opportunity open for fishing in the mornings. During May, June, July, and November (called the hedge months), it only rains for a few hours in the afternoon. October, by far, is the rainiest month. 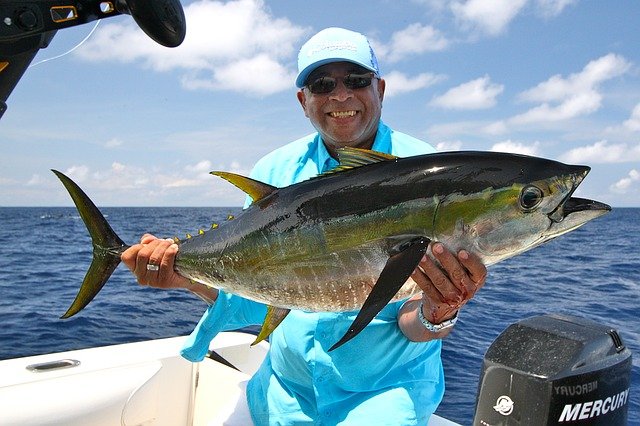 As the wind currents change direction during the wet season, a lot of fish can set off in search of oxygen-enriched waters elsewhere, leaving the fields open for tuna fishing. Aided by spinner dolphins, which give away the location of large schools of tuna, you can gather footballs (tuna that weighs 10-20 pounds) and cows (game fish tuna that weighs 200-300 pounds) in a hunt packed with suspense.

Even if your chances of getting close to the coveted billfish look comparatively dim during the wet season, you will soon forget that when you snag a rooster fish or snapper. You may also get anywhere from zero to 10 bites from dorado, but that again depends on how your luck runs on that particular day.

For inexperienced anglers, the whole inshore and offshore conundrum might be a little perplexing. Does it make a difference if you are fishing inshore or offshore in Costa Rica? Yes, it does. Where does the best fishing happen, inshore or offshore? In both places. It all depends on your tastes and the expectations and goals you set for fishing in Costa Rica. Let’s first unpack this whole inshore and offshore thing before wading deeper into those waters.

Fishing anywhere within 30 miles of shoreline classifies as inshore fishing. The average run time is between 15 minutes to an hour, so inshore fishing trips can be made with just half a day to spare. However, once you get the taste of inshore fishing and get reeled in by a giant rooster, you’ll want to hang out the entire day. Because of the relatively relaxed style of fishing, inshore fishing is a hit with families out with kids.

inshore fishing is focused usually around islands, reefs, and coves, the natural habitats for non-migratory fishes like the rooster, snook, snapper, grouper, and amberjacks. Since these fish never go away anywhere, inshore fishing can be enjoyed all year round. With light equipment and practical wisdom of the crew, you too can close in on a smart snapper or a rugged rooster. The Quepos area of Costa Rica is famous for inshore fishing.

If your heart is set on the deeper treasures of the ocean, the marlin, sailfish, wahoo, or yellowfin tuna, you need to head as far as 120 miles into the Pacific. Equipped with sonar, GPS, and state-of-the-art fishing gear, and steered by a hardy captain and crew, your offshore fishing trip could result in some epic encounters with the elusive marlins, which travel at a speed of 60 miles an hour. For seasoned anglers, offshore is the ultimate in fishing.

Fishing is an important source of income for Costa Rica and regulations are in place to ensure that fishing-related activities are responsible and the fish stock is not depleted. Here’s a quick rundown of things to be aware of when fishing in Costa Rica:

Fishing License All anglers need a valid fishing license issued by INCOPESCA, the Costa Rican Fisheries Institute. The license, which can be obtained online, costs $15 for 8 days, $30 for a month, and $50 for a year, regardless of whether you are a native or a foreigner.

Catch and Release All billfish should be live-released by law. To ensure their chances of survival, they are brought only up to the side of the boat before being released into the ocean. Anglers are free to keep and consume other fish they catch, such as snapper, dorado, tuna, and wahoo.

So what are you waiting for? Start planning your Costa Rican fishing vacation right away. A great time is guaranteed, no matter whether you are a new, lapsed, or an accomplished angler. Remember to pack your camera and leave your tackle behind. They aren’t as effective in the Pacific as they are in the Atlantic. All the leading fishing charters in Costa Rica are fitted with top class gear for the fast-paced fishing demanded by the Pacific. Write to us to pick the right one and ensure your fishing in Costa Rica tops every other experience.